Not Yet Ready For Takeoff--Or Even Talking 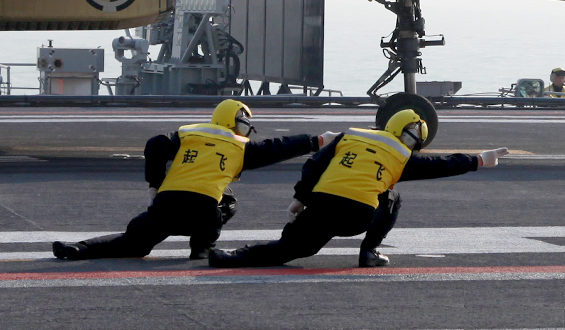 Like most regional Communist Party newspapers in China, Nanjing Daily [南京日报] winds down on the weekend, taking a pause from the usual heavy dose of local politics.

But this past Sunday, one of the articles there asked a rather pressing and impertinent question: If China’s aircraft carriers are supposed to be the vanguard of a new national naval doctrine, why is the fighter plane they carry obsolete? 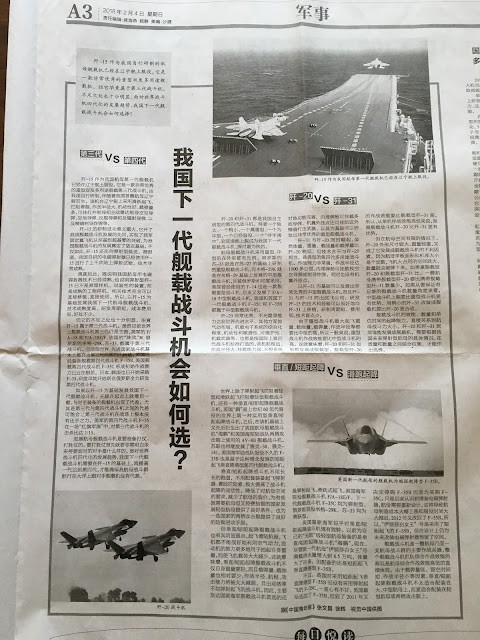 Of course, the question wasn’t phrased that way: the query as posed was, “How Should Our Country Choose The Next Generation of Carrier-Based Aircraft?” [我国下一代舰载战斗机会如何选?]

But it amounts to the same thing—a critique, an interrogation of sorts, a bit of a broadside aimed at the high-profile aircraft carrier program, a question that someone is asking because it’s not been answered, and some think it ought to be.

The very appearance of such an essay (one that took up almost the entire page)[1] is noteworthy for a number of reasons.

First, there's Beijing admitting some unease with part of its military planning.

The article contends that the existing J-15 Shenyang fighter [歼-15 沈阳] “is a very excellent heavy multipurpose carrier aircraft, but it belongs to the 3rd generation of fighters after all, so the shortcomings are very obvious.” [它是一款非常优秀的重型双发多用途舰载机，但它毕竟属于第三代战斗机，不足之处也十分明显.]

That view is a striking departure from the widespread adulation that followed the J-15’s first operational takeoff as well as the praise that appeared in the Chinese media a few years ago.

Second, that the article appeared at all.

There are no secrets spilled: No documents, transcripts of deliberations, or interviews with the usual uniform or uniformed or uninformed experts appear. But the article did go into detail about foreign jet fighters (weapon systems, bomb and fuel loads, ejection and safety systems, and doctrine). By doing so, the piece gave careful readers a sense of what worries Chinese aircraft designers about the technical challenges they face and the military competition from other nations. Usually those topics are keep below the waterline.

Then there’s also the fact that the article originated in a non-military media outlet—China Youth Daily [中国青年报].

China Youth Daily had been known for its strident approach on many policy matters[2], and it’s likely that the author was directed by Party officials to write about the inability of the defense establishment here to make a decision.

In cases like this one, the matter is deemed to be too sensitive for a military newspaper to speak of directly, as doing so would reflect badly on the current military establishment and the Party leadership they supposed to serve. So, notice of the indecision would be subcontracted to another outlet, to raise again an issue that, for some at least (probably naval officers), wasn’t getting much attention.

But even that attempt ran into trouble evidently, because it took over a week for the main news agency of Xinhua to reprint the piece and thus provide the imprimatur of central authorities. China’s main military newspaper, for its part, republished the original essay only a few days after Xinhua did so--probably because it was at that point that its editors believed that they could slipstream behind Beijing’s consent.

And that’s where the public discussion sat, until this past weekend when Nanjing Daily was able to--or perhaps instructed to--revisit the problem by putting the piece back into print.

So while some Chinese officials hadn’t wanted to disclose that there was a debate raging in the Navy about what planes it needs for its vaunted and expensive aircraft carriers, they seem to have been overruled. Those who want a decision are now more able to revisit the problem—or at least try to.

Given Nanjing’s high military profile, this city is as good a place as any in China to restart the conversation, and to see if a decision can be reached about just what the Navy needs and if the nation can produce that--or if China needs to once again go abroad to buy military technology.

And this is no small decision—which is perhaps why there’s been so much wobbling on the issue. The type of fighter aircraft chosen will reflect--or dictate—China’s military doctrine, whether its aircraft carriers are designed primarily as strike-forces or defense shields. Doctrine is driving some of these decisions, of course; but choices made well before—such as a massive investment in the carriers themselves—are pushing the discussion, and they involve politics.

For example, enabling Chinese civilian media to ask what aircraft might now be best is in itself a veiled criticism of previous decisions, because the expectation was that the jets presently based on carriers would surely have a longer shelf life. Why would Beijing buy Russian jets for itself unless as an interim measure to develop a domestic military manufacturing capability in the meantime? Or wasn’t that a wise decision after all—and, incidentally, who made it? The article and its broken voyage of publication reflect the sensitivity of the matter, and the reluctance to broach it.

There are larger issues at stake then—more than how best to equip an aircraft carrier or three. Perhaps China will be a major military threat to US and other interests in the region. Maybe China already is, or ends up being little more than a regional power trying to punch above its own weight.

Those are answers no one here or abroad actually yet know. That uncertainty will persist so long as Beijing remains undecided about whether it even wants to ask some of the necessary questions. 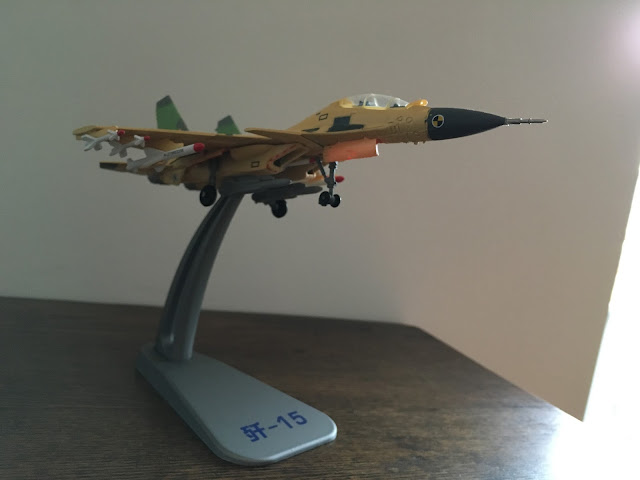 [1] The Sunday edition of Nanjing Daily carries fewer pages, though one of the sections focuses on Chinese military developments—in part because of the large number of military personnel and retired officers based here.

[2] Some observers outside China think that Global Times [环球时报] plays that role, but there’s often quite a difference between the English-language version they grab and the Chinese edition that everyone else here reads. Global Times is a far more complicated publication that many credit it for, especially on domestic issues in China. In the 1990s and into the following decade, China Youth Daily was known to many here as the newspaper run and read by China’s “angry youth” [愤青], reflecting a hardline and uncompromising stance towards the United States in particular. For many readers, that’s still its attraction. Conservatives who want a more public hearing for their views will use the paper as a platform to raise matters they think aren’t receiving enough attention, to put pressure on officials to enter (or re-enter) into debate.
Posted by Unknown at 00:08