In China, The Sky Is Falling--Apparently 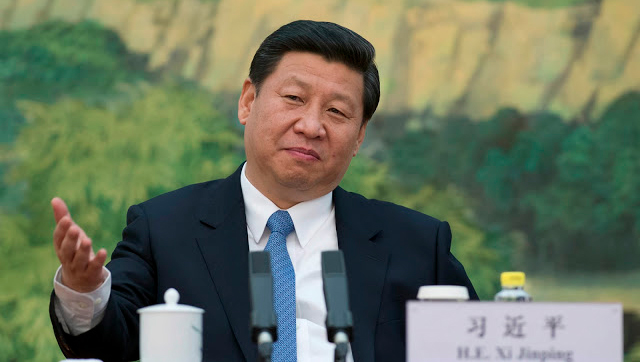 Xi Jinping is going to be President of China for life. With the proposed end of term-limits for the country’s State leader, all restraints have been removed. He’s a dictator like Putin. China is entering a dark period, and will not emerge until—well, until whenever and perhaps never. It’s all over but the shooting.

Well, that seems to be the sudden consensus among so many in the China Watching Tribe. And that’s interesting, since only a very few among those of us who labor in this colliery predicted that Xi would make this move. It’s understandable that Xi’s grab wasn’t forecast (and even better when some are courageous enough to come forward and say that they didn’t see it coming[1]). What’s bizarre is that there’s continued confidence in assessing what all this means for China—that what Xi’s proposing marks a turning point, that the future is going to be dreadful.[2]

One reason for this shock and consternation is that there’s a  set of assumptions which undergird this sort of thinking: The Establishment Narrative about China and Chinese politics.

That Narrative has been noted as a force in these pages before. Generally speaking, the Narrative assumes that China’s political development rests largely on economic openness and that there’s been important progress from Beijing in that regard overall; that Chinese politics is about elites struggling for and consolidating power (and seeking sex along the way); and that eventually China will have to travel the same development path as other States--with change occurring quietly, from the grassroots (cue the activists, human rights advocates, and, in recent years, the purportedly huge and soon-to-be hugely powerful feminist resistance movement).

Western governments and others have a role to play, the Narrative argues: They can invest in this view, intellectually and perhaps financially, and that will be a good thing. And at moments when China isn’t looking like undergoing change that these observers can believe in isn’t happening, patience is called for. People who argue otherwise just aren’t seeing the Big Picture.[3]

It’s similar to its predecessor, at least in some respects.

Chinese politics is still presented as a power game, little or nothing at all to do with policy, and it’s all in Beijing.

But now, this news: Xi has finally—finally--consolidated his power with this proposal.

How precisely Xi managed to actually get the proposal to be voted on next month isn’t articulated; it’s just assumed. Perhaps it was all the “power” he already had. Because evidently, Xi’s not only The Next Helmsman but the Great Consolidator as well: Every time anyone looks, he’s either consolidated power, or he’s consolidating it, sometimes further. Just about anything Xi does is seen as furthering or consolidating his power—which really should make the whole notion pretty suspect, but doesn’t seem to be doing that.

In any event, Xi’s move to end term limits is seen as a power grab. He wants to be dictator; that the dictatorship of the Party just isn’t good enough. Yet one looks in vain for anything in Xi’s speeches or editorials from his allies and his advisers indicating that’s what he believes—that it’s power he’s after, and that’s his sole purpose. One would think that if it's all about power--that there are enemies out there looking to take it away--that Xi and his comrades would be good enough to tell us that by announcing the same to their fellow cadres in the usual Party media. That's not happened.

Another part of this upgraded Narrative is that Xi may well now be looking to use his Further Consolidated Power to finally push forward economic reforms.

But if those reforms look anything like what he’s been shoving at China thus far, there will be more emphasis on SOEs and State planning and centralizing decision-making in Beijing and away from provinces and localities here.

Perhaps the most striking component of Establishment Narrative 2.0 is the view that Xi’s proposal for an end to the President’s term limit signals that China has started its final descent into dictatorship, sucked into the ugly cyclone of Maoism. Xi Jinping is Mao Zedong 2.0, according to this view.

In fact, we’ve been here before: It’s not the first time that Xi’s leadership is confused with Mao’s. Nor is it new that many analysts believe that if Beijing isn’t engaging in liberal reform, then there’s no real reform happening in China and the winds in China are blowing backward.

But Xi is a reformer—just not the type many analysts would like him to be. He’s a reformer for conservatives and hardliners; a political centralizer; a Party savior to many; someone with enormous support in many parts of the Party and the State, and in Chinese society.

And Xi’s version of reform appeals to those who thought that China--and the Communist Party in particular—was drifting instead of being driven. Xi, like the country he represents, carries all sorts of contradictions;[4] but that doesn't make him any less brilliant in his ability to read political tendencies and social trends and fashion those into Reform with Xi Characteristics.

In short, Xi doesn’t need Mao’s playbook. He’s got his own.

A lot of analysts don’t like what’s Xi’s been up to and that’s understandable. But whatever dismay some are feeling about his moves in recent days, it’s important to note that Xi didn’t scare up these political tempests in China so much as capitalised on them because he agrees.

What’s also interesting about the New Narrative emphasizing Xi As Dictator is that it ignores the other proposals Xi and his comrades have made to amend the State Constitution.[5] Many observers aren’t paying a lot of attention to those amendments, but authoritative Chinese commentators see them as crucial: Their view is that these proposals are about securing Xi’s vision, not vesting him with more power than he already has. (These commentators and the leaders that sponsor them know that there would have to be a transformation of Party regulations, not unwritten political rules, to make that happen.) That Chinese political writers are focusing on other amendments—some of which are a response to the demands of various departments and local governments--isn’t misdirection; these proposals are what Xi and his comrades see as critical to their future political plans. Xi sticking around is a means to the end--to bring about a Xi-Style Socialism for China. Some observers might not buy into that, but many Chinese officials clearly do.

So, forget all the handwringing: Xi won this round, as he has so many others.

At the same time, Xi and his allies are going to run into resistance they’re surely familiar with at the National People’s Congress meeting next month with the proposal to end the two terms limit along with the other submissions. Xi’s forces will almost certainly overcome opposition there and continue to deepen the reform they want. But that won’t mean that local and other officials who are looking for something other than conservative reform will go away quietly—or go away at all.

A Chinese aphorism has it right: “Though the wind may have fallen, the waves have not yet settled” [风平浪未罄]. Struggles over policy and the direction of the nation will persist, and Xi and his policies will continue to be tested. If Xi is in this for the long haul, perhaps others need to be as well.


[1] Kudos to Jude Blanchette for that forthright admission, rare in these days. His forthcoming book on the legacy of Mao promises to shed more light on what some of us working and living here saw or suspected, and so many outside of China missed: conservative and hardline political tendencies that were a major part of the national landscape and now hold the whip-hand.

[2] Okay, maybe not so bizarre. Still, that many of the same analysts who clearly didn’t predict that Xi would make this move are also the ones sought out for their views after Xi did—well, that is at least a little strange.

[3] A picture, it needs to be mentioned, that’s confirmed almost daily by investors and those with a financial stake—sorry, some “commentators and experts on China”—on CNBC and like-minded media outlets. When some of the leading academic commentators on China have official positions on major Chinese corporations and may be distancing themselves from being seen as critical of Beijing, perhaps it’s not surprising that analysis and advocacy are getting muddled.

[4] One of those being that, if some of Xi’s propagandists are portraying him as “father of the nation”, surely they noticed that his daughter studied at Harvard and not at one of China’s many fine universities.

[5] Some of that lack of attention has to do with the fixation with China’s social media that, for many, is a win-win where analysis is concerned. When cyberspace is full on anger and invective, that’s seen as a sign of protest and government weakness. When it gets scrubbed by authorities, that’s also an indication that leaders are frightened. Authority in China is evil—and you can tell because people mouth off or because when they do, they get shut down. Neither conclusion leaves much room for nuanced evaluation of what’s actually transpiring politically.
Posted by Unknown at 23:32